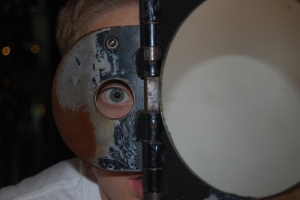 My favorite day of the year is December 26th. All work done, house a mess but, who cares – the kids are happy. No dinner to make. There’s enough left-over turkey for the apocalypse. I was sitting by the fire, new book in one hand, glass of Prosecco in the other. I never sit and haven’t read much this year so you’ll forgive me that I did not at first jump at the voice from upstairs.

I am reading a good book, The Memoir Project. It is perhaps worth a blog post soon. I was sucked in by the promise of relaxation (fire, Prosecco) and uninterrupted creative thought (book). But then, there was something in the tone of voice that made me ask

Do you need me?

This last bit uttered as I ran, up the stairs, because by then I already knew.

The big brother sat wide-eyed by the crying, stiff little brother. They had been wrestling as bear-cub brothers will and, it had ended with the little guy crying out. Later, I asked his brother what made him stop the grip he had on his brother’s neck and he said simply that he said “ow.” Must have been a loud “Ow.”

And that is where the point of this story begins. They say that doctors should never practice on their families. There are good reasons and, dire examples. But how, I ask you, is a mother (doctor) supposed to not treat her kids? I don’t do their well checks. I don’t treat their colds. But I am present for their emergencies. At those , there is always a juncture when I have to wrench my mind out of motherhood and disassociate to be … a doctor. Sometimes it works.

This time it worked fine. I was able to calm the little guy, assess his sore neck (muscle spasm) and hug his sorry brother. Whew. But, don’t think that visions of quadriplegics weren’t dancing through my mind as I acted.

Other times it has been harder. I was an exhausted intern, coming home off a 36 hour stretch when I saw the rash. My firstborn (a.k.a. the big brother) was at a friend’s house when I picked him up. She calmly said that he had the strangest rash. I looked. He did. His rash was that I saw in the hospital on kids who died. My mind churned; it twisted – I had to be the doctor again?

Another day, one when I was supposed to be home recuperating from a big leg surgery I again, had to make that shift. The kids had gone kayak camping with their dad. They had paddled into a remote lake and broken camp, gone to bed and the next morning the sister felt ill. All their dad can tell me now a few years later, is that he just “knew”. So, he and her brothers packed it all up, boated everything out and then carried her out. She came home to me and they asked

Well, I will say I tried. I tried to make my mind turn from mommy to doctor. I tried to think clearly but.. it did not happen. Thankfully, her dad was wise and took his little girl with the near-ruptured appendix to the hospital.

The New England Journal of Medicine reports the dangers of treating our families. The American Medical Association advises against it. Many hospitals forbid it. I am a fine doctor. I am the best mother my kids have. I should not though, have to play both roles. But, I do at times and during those moments I hold my breath and try to avoid the worst while I summons a brain-shift from mommy to doctor.

This is a personal Web site, produced in my own time and solely reflecting my personal opinions. Statements on this site do not represent the views or policies of my employer, past or present, or any other organization with which I may be affiliated. All content is copyrighted.
Loading Comments...
%d bloggers like this: